Every time it’s colder than it should be, I can’t help but think about how this whole global warming thing is a scam.  But don’t take my word for it, see what the founder of The Weather Channel has had to say about it:

It is the greatest scam in history. I am amazed, appalled and highly offended by it. Global Warming; It is a SCAM. Some dastardly scientists with environmental and political motives manipulated long term scientific 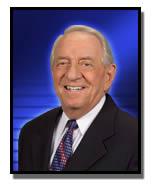 data to create an illusion of rapid global warming. Other scientists of the same environmental whacko type jumped into the circle to support and broaden the “research” to further enhance the totally slanted, bogus global warming claims. Their friends in government steered huge research grants their way to keep the movement going. Soon they claimed to be a consensus.

Many of the people warning us of global warming were trying to convince us of global cooling and a new ice age just 3 decades ago.  Either way, I am amazed that humans are so arrogant that we think we can change the climate of our planet as drastically as some of claimed.  This planet has been around for a long, long, long time.  Its climate has certainly gone through different cycles.  Do we ever consider that if the temperature is actually increasing, that it’s by no fault of our own but rather due to the cyclic change?  You can make the evidence look like whatever you want it to look like.  I’m sure that if we wanted to, we could blame the extinction of dinosaurs on some climate change that they caused, by, I dunno, eating too many trees or something.